Each year our College Captains deliver a policy speech in support of our Strategic Direction. Emma and Lachlan’s inaugural 2022 policy speech, joined by Vice-Captains James and Natasha, called us to take action as a community with the launch of their Courtyard banner. We saw first-hand how ANZAC Day unites us as a community in our commemoration.

The Cenotaph is a place of remembrance not just on ANZAC Day but every day.  Families of those who have served or who are serving, along with our community at Forest Lake, can pause, reflect and honour the men and women, and the service animals, who made the ultimate sacrifice for their country.

We are forever indebted to more than a hundred thousand Australian service men and women who have lost their lives in military operations carried out in our country’s name and those who have served and returned – including those who are here in our community. We respect their endurance, sacrifice, mateship and courage – the words that define the ANZAC legacy.

For well over 100 years, we have seen the ANZAC legacy reflected in the manner Australians go about their daily lives, particularly when faced with adversity. We have seen it in many areas of civic life, especially in Defence families. It is important that we acknowledge, recognise and honour the critical role played by the families of our service men and women.

Let’s think about those traits again: endurance, sacrifice, mateship and courage. They call us to action:

As a community, we’ve seen examples of this recently in the way we have responded to fire, drought, floods and the pandemic. Time and time again, in communities all around Australia, we have seen people that might be on their knees but who refuse to be defeated and who still see a positive future. People are not wringing their hands and saying “that’s me, I’m done”. They are saying, “We are going to sort this out. We are here for each other. We will support one another until the job is done”. 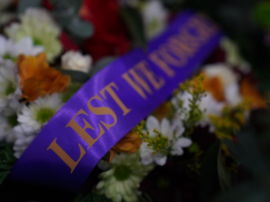 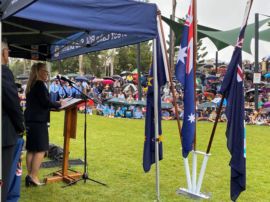 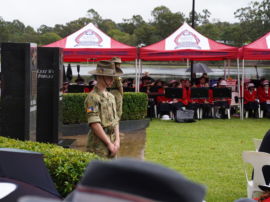